It was a frigid New Year's Eve and New Year's Day here, so I spent them doing my favorite indoor things!  (Although we managed a walk around the block on New Year's Day when the thermometer hit 15 degrees and the sun came out!)

Here's what I've been liking this week! 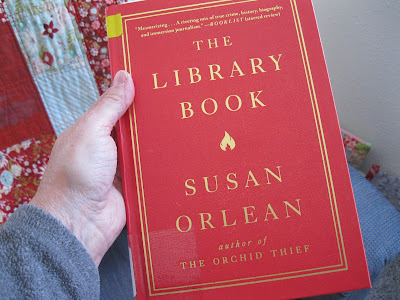 This is nonfiction, all about a fire that devastated the Los Angeles Central Library in 1986.  It's part history, part memoir, part true crime - really interesting!

Listening to: The Snow Child, by Eowyn Ivy 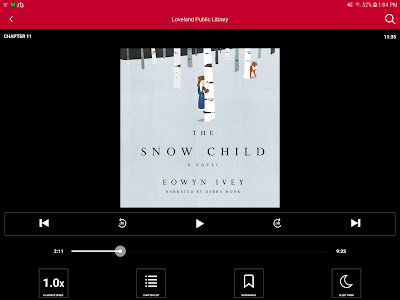 I was able to check this audiobook out from my library using an app called RBDigital.  I had already read the book back in November, but my book club decided to discuss it this month, so I thought I might enjoy listening to it, rather than re-reading.  I've been enjoying listening while I sew! 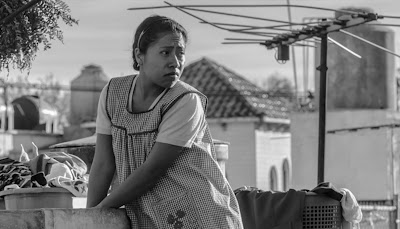 It's filmed in black and white and in Spanish, so you have to read the subtitles!  Evidently it's been nominated for an Academy Award, too.

Watching at the movie theater: "Welcome to Marwen" 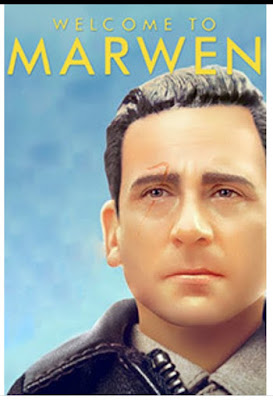 When my mom is here, my sister and I usually take her to the movies, and this was our choice this year.  I guess it has gotten bad reviews, but I really liked it!  It's based on a true story, which I didn't know ahead of time, but that made it even more interesting to me. 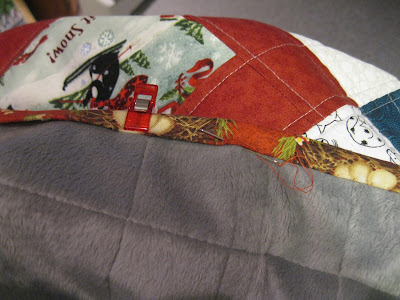 More about this quilt finish to come later in the week!

Hope you're having a great first week of the new year!  It's predicted to warm up here, and we're definitely looking forward to that!

Join me over at Not Afraid of Color for this week's I Like Thursday posts!

I've been watching Charite on Netflix, in Germans subtitled too (but I don't mind that at all), about a charity hospital where the doctors in the 1800s were working on cures for diptheria and tuberculosis. Really good! Can't decide what to read next, just finished a novel. I have about 200 in the house I haven't read yet.

Hi Diann! Oh boy, I'm not a fan of subtitles. I spend more time reading the words and miss most of the movie as I start comparing what is typed to what I can hear myself. I really enjoy sewing down binding myself. Sue and I fight over who gets to do it and this time of year I usually win because I'm always cold. I like snuggling under the quilt while stitching it down. Happy Thursday! ~smile~ Roseanne

when you have an audio book what device do you use to listen to it from your kindle or Ipad - phone? I wonder which is better I have not listened to a audio book but always read them on my kindle. years ago when I got my first kindle I tried an audio book on it and didn't like how it sounded at all but I know they have changed the whole process now.

Gee, can I send you the five quilts that need the binding turned?

I added The Library Book to my list--thanks for that recommendation! I am headed to Joann's today to buy some minky for the top I just finished. I have a 50% off coupon and it is not on sale.

I love to sew binding too. I have to go check out listening to that book, I like to be read to. LeeAnna

Had to chuckle when you mentioned you love binding a quilt -- I had visions of piles of boxes at your door, all with quilts needing to be bound! Haha. I watch with subtitles all the time, since I'm very hard of hearing. However, I find it difficult to watch a foreign movie with subtitles, which is strange. I just finished reading Indigo Girl by Natasha Boyd and enjoyed it (fiction, based on some history). Thanks for the book and show/movie ideas!

I love the local library I can get digital books, but I can also get the RBDigital or Hoopla where you listen to the books on tape.

Binding! My favorite part. The backing of that quilt certainly looks nice and warm. Welcome to Marwen - I recall seeing one of the trailers and being intrigued. Good stuff.

Sounds like you've gotten off to a great start with 2019 with an impending finish already.

You were very brave to walk in 15 degree weather. My husband and I have been very pathetic about walking in 40 degree weather! It sounds like you are having a great year so far. Looking forward to reading more about your quilt - is that minky on the back of it?