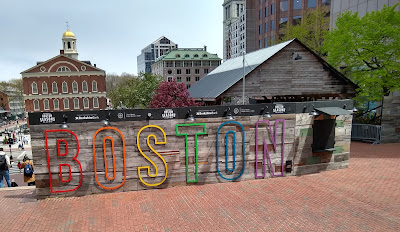 Happy Thursday!  It feels like forever since I've been to this space, and that's because we've been gone on a trip to Boston and Cape Cod for the last eight days.  It was a wonderful trip, with time spent in the city with some very special people, and also time out on the Cape for just Mike and me.

We enjoyed riding the subway, the "T," and exploring the city.  The T has some great helpers!  We just looked for their red shirts. 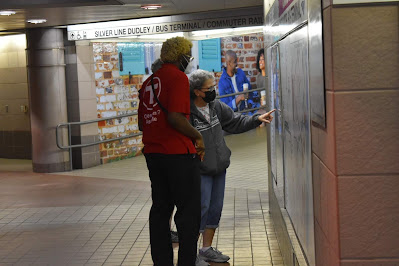 One of my favorite places was the Boston Common and Public Garden.  So pretty there, lots of green and flowers, and we rode the swan boats! 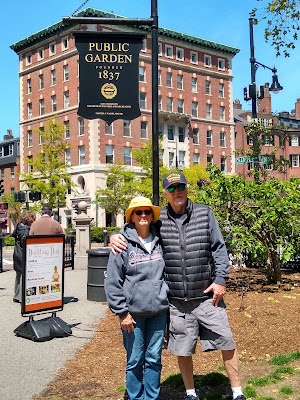 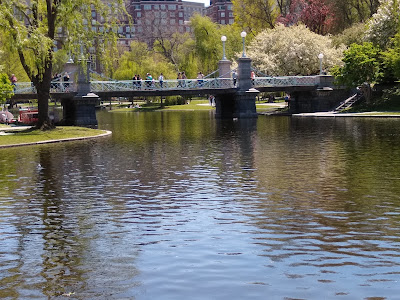 I'm saving the best flower picture for my Saturday post -
it has some great color that the RSC quilters will love.
This is part of the Navy group and wives who were together the first four days.  We visited the USS Constitution, which was perfect for a bunch of sailors!  The Constitution is the world's oldest ship of any kind still afloat.  She was commissioned by George Washington, and built in the late 1790s.  She is a museum ship now, but still has a crew of 75 Navy sailors, who our guys enjoyed talking to. 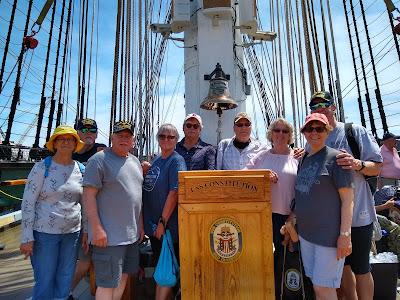 After our time in the city with the group, we rented a car and took off for Cape Cod.  I've really enjoyed exploring the Cape Cod National Seashore areas where there are beaches to walk, marshes to hike, and lots of wildflowers.  We even visited a winery, but I just realized I haven't downloaded that photo from Mike's camera yet. 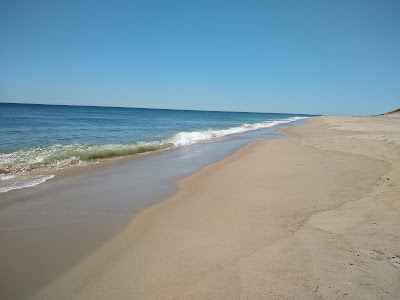 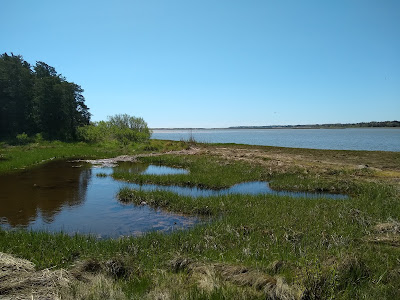 Lilies of the Valley growing wild - a whole grove of them! 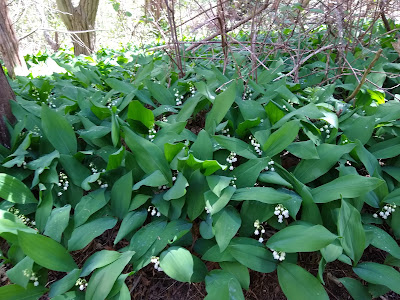 Now that we're home, there's lots to do - laundry, groceries, and spend some time with my mom are top of the list.  But I do hope to have a chance to visit and catch up with my "I Like Thursday" friends at Not Afraid of Color.  Have a great day!

Sounds like a wonderful trip. You've convince me to include Cape Cod in our NE trip. Where did you stay on the Cape, or was it just a day trip?

While I have been to Boston 2 times in the past few years I haven't done the tourist thing yet. But love Cape Cod, and enjoyed a few walks. I got a smile when you were talking about your ship tour, and how much the guys enjoyed it. Jeff's favorite gift I ever gave him was a special tour of the U boat at the Chicago Museum of Science and Industry.

Sounds like you had a much needed get away. Love that beach photo.

What fun! I would love that kind of trip! So would Mr Busy, once he got there! Look at those Lily of the Valley! Can’t wait til mine look like that! Heavenly! Looking forward to more photos and travel comments. Your mom will be glad to see the photos too, I imagine.

Sounds like a wonderful time. Fred & I visited Boston one weekend and absolutely loved the city and the people there too. Welcome home and back to reality! Ha!

I have never been to Boston or Cape Cod! Fun to read your post! Thanks for sharing about your wonderful trip! :)

Oh my you got to ride the swan boats!!Make Way For Ducklings was a part of my teaching/mothering life and the swan boats never forgotten.
What a great trip and so nice to see the photos. Glad you are home safe and sound too!

Sounds like the trip was great. so nice to see those old friends again after a 2 year hiatus. But I just read this morning that after high temperatures in the 80's, you might get measurable snow today? What a welcome home that would be. NOT!
Pat

I'm so glad you had such a good time! The Cape Cod trip sounds like a ton of fun. I saw you posted on IG this morning that it snowed after you got home - sheesh! 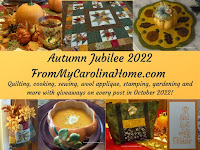